We hope you will join us to close out the year with some positive take-aways from our year in review:

(SAVE THE DATE: August 17th from

This event is FREE! Live band, 50-50, raffles, food, corn-hole, laughter, networking and more!  It’s our way of saying “thank you” to all of you for your outstanding leadership. 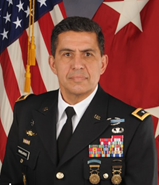 In 2007, Maj. Gen. Mikolaities joined the New Hampshire Army National Guard. Throughout his career, he has served in various operational and staff assignments that included Commander, 54th Troop Command. His operational assignments include deployments to Qatar and Iraq in 2003-2004 with SOCCENT and Combined Joint Special Operations Task Force-Arabian Peninsula, and to Afghanistan in 2009 and 2010, serving in multiple roles with that country’s Combined Joint Special Operations Task Force.

WHAT SCHOOL LEADERS NEED TO KNOW

2021 New Hampshire’s Kid Governor® Charlie Olsen was elected on his platform of Childhood Depression. His platform focuses on three points to advocate for ways to address the issue of children’s mental health in the state.

Watch Charlie’s campaign video to learn more about his campaign and platform.